This paper discuse about moral innovation education based qolbu management, the occurrence of acts violence lately is a phenomenon that we often witness. In fact it almost always adorns mass media information. An example is the fight between students, rape, arson, murder, slaughter, and other anarchist acts. That is one of the phenomena of moral crisis which is now affecting our nation. Besides that, there are still many other moral crises, such as drinking, drug abuse, bribery and so on. The multi-dimensional crisis that befell this nation, one of the causes - and perhaps this is the most important cause - is due to a moral or moral crisis. The moral crisis occurs because most people no longer want to heed religious guidance. The Qolbu Management-Based Moral Education Innovation is a new idea or method offered by the author to be used in implementing moral education. And it is hoped that this new idea or method can improve the quality of moral education which is felt to be declining today. The way to do qolbu management-based moral education innovation is to always adorn oneself from praiseworthy qualities, after cleansing it from despicable traits, removing love for the world and eliminating all sorrow, grief and worries 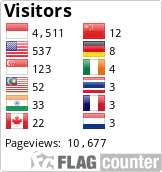