Discussing about abortion as we discuss about human life. As human beings we should not live in a place of residence or take one's life away because this is not in accordance with maqashid al-shari'ah and Human Rights. Islam as an elastic and dynamic religion views abortion as not always blameworthy, but by first seeing one's legal status in having an abortion. The difference in „illat law will result in a different legal status. From this background, the writer is interested to explore further about abortion in the controversy of the jurists and the things that are the background of different views and understand further opinions about abortion law. Hanafi permitted abortion with the permission of his parents. The fuqaha Malikiyah forbid reserve abortion after semen in the womb, but some others confirm it. The majority of fuqaha Shafi'iyah allows abortion before the spirit is blown, while after the age of 40 days the law is haram. Imam al-Ghazali forbids the abortion of the fetus in all phases of development in pregnancy. The Hambali Madhab generally permits abortion before the blowing of the spirit. Ibn Jauzi forbade since before the blowing of the spirit in all phases of fetal development. The controversial contribution among the jurists in determining the law of abortion is motivated by differences in the arguments (al-ta'a rud al-adillah) between the traditions narrated by Bukhari and the traditions narrated by Muslims. Opinions that are more about abortion law are haram In addition to being against the right to life, abortion is one form of coverage and murder. 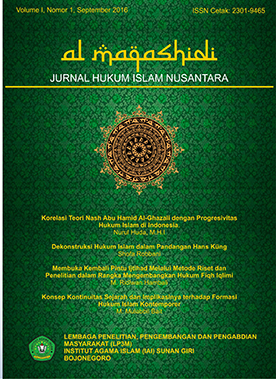